Everything You Need to Know About Antenna RF Connectors

Everything You Need to Know About Antenna RF Connectors

A key component of any IoT device is its antenna. This is what allows devices to communicate information with each other at the speed of light. People will often dive deep into research, trying to find the best antenna with the best performance. However, many overlook one of the most important parts—the RF connector, which connects the antenna to its device.

With initiatives like Helium's People's Network and the overall rising popularity of IoT, there is a growing demand for antennas. Therefore, we have created this brief blog post to provide you with key information you need to know when it comes to antenna connectors.

What is an RF connector?

Common RF connector types include: Type-N, UHF, TNC, BNC, and SMA. They are used for many things such as radios, surge protectors, enclosures, coaxial cables, and antennas.

In order to limit signal reflection and power loss, newer connectors are designed to minimize the change in transmission line impedance. The RF connector must also prevent capacitive pickup and electromagnetic interference from introducing outside signals into the circuit.

First and foremost, when mating two connectors, it is important to ensure that both connectors have the same polarity. For example, both must be RP-SMA.

The Type N connector is a weatherproof, medium-sized, threaded connector, designed for durable applications with frequencies as high as 11 GHz. It is commonly used in microwave systems that operate at low frequencies and need to be rugged and cost-effective. 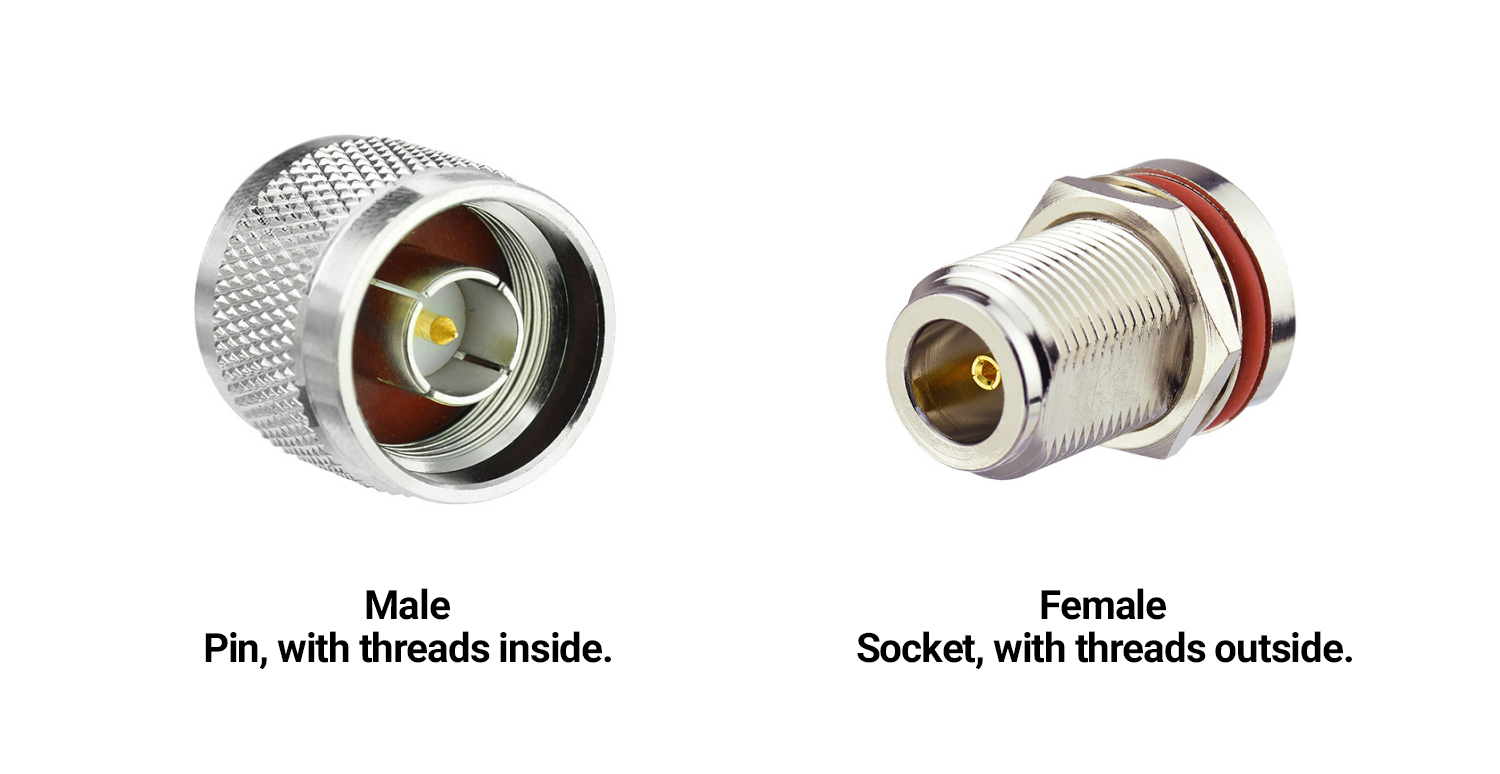 The ultra-high frequency (UHF) connector is also a threaded RF connector that carries signals at frequencies up to 100 MHz. It's not waterproof and has non-constant surge impedance. UHF connectors are typically used in amateur radio, citizens band radio, and marine VHF radio applications. 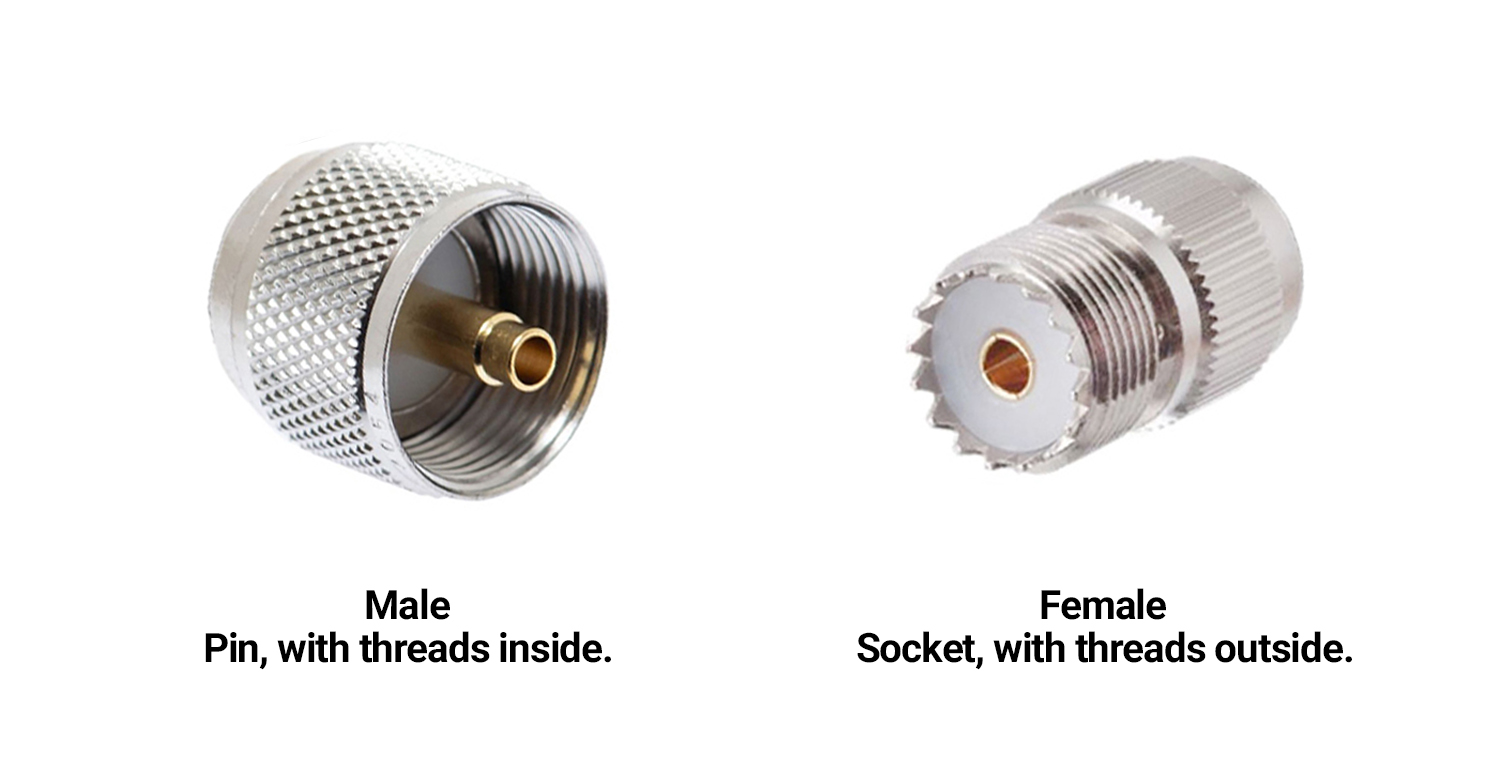 BNC is a miniature quick connect/disconnect RF connector commonly used at low frequency applications. It was used for the military sector originally, and has gained wide acceptance in composite video on commercially used video devices and RF applications up to 2 GHz. 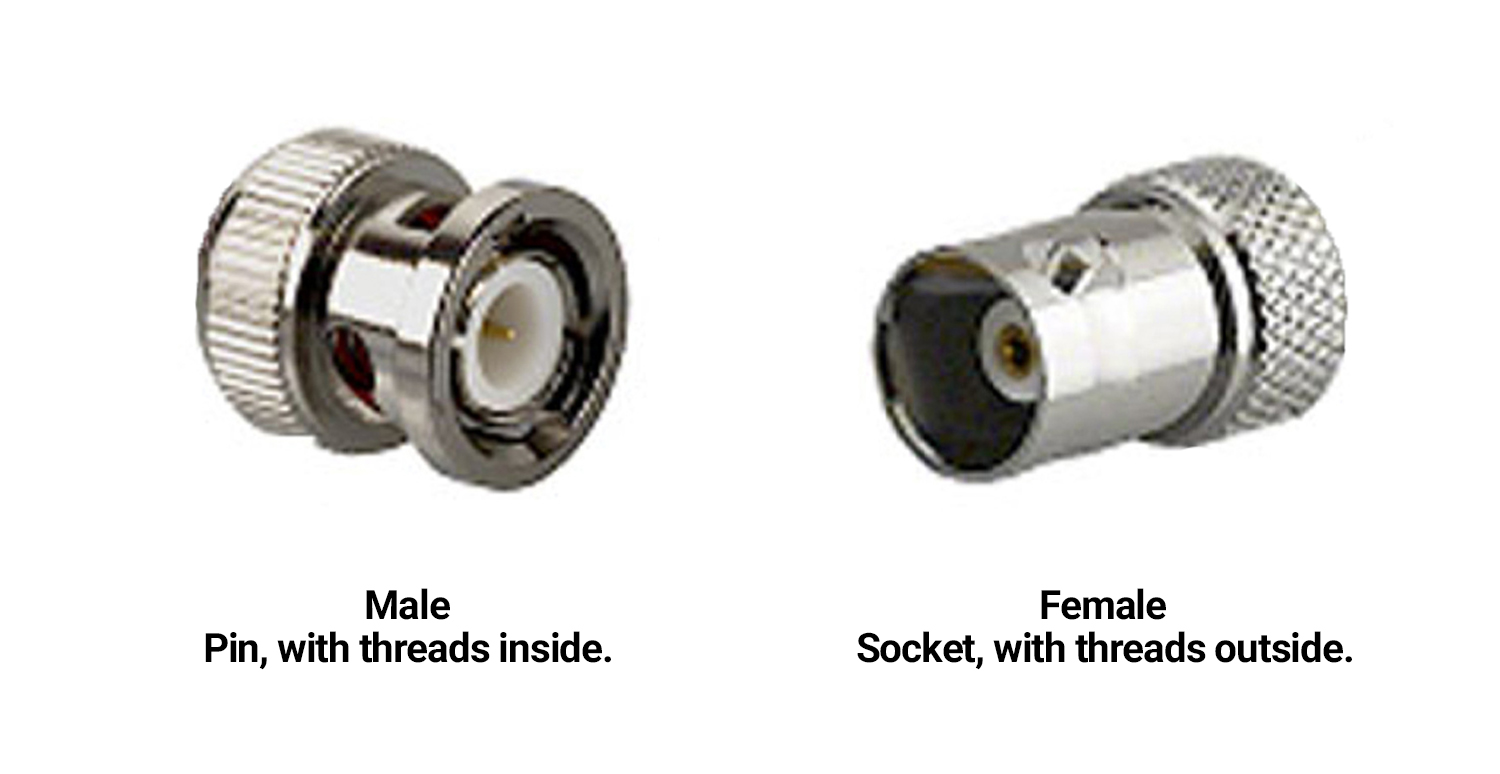 TNC is a threaded version of BNC connector and has better performance compared to BNC connector at microwave frequencies. It is used in radio and wired applications. 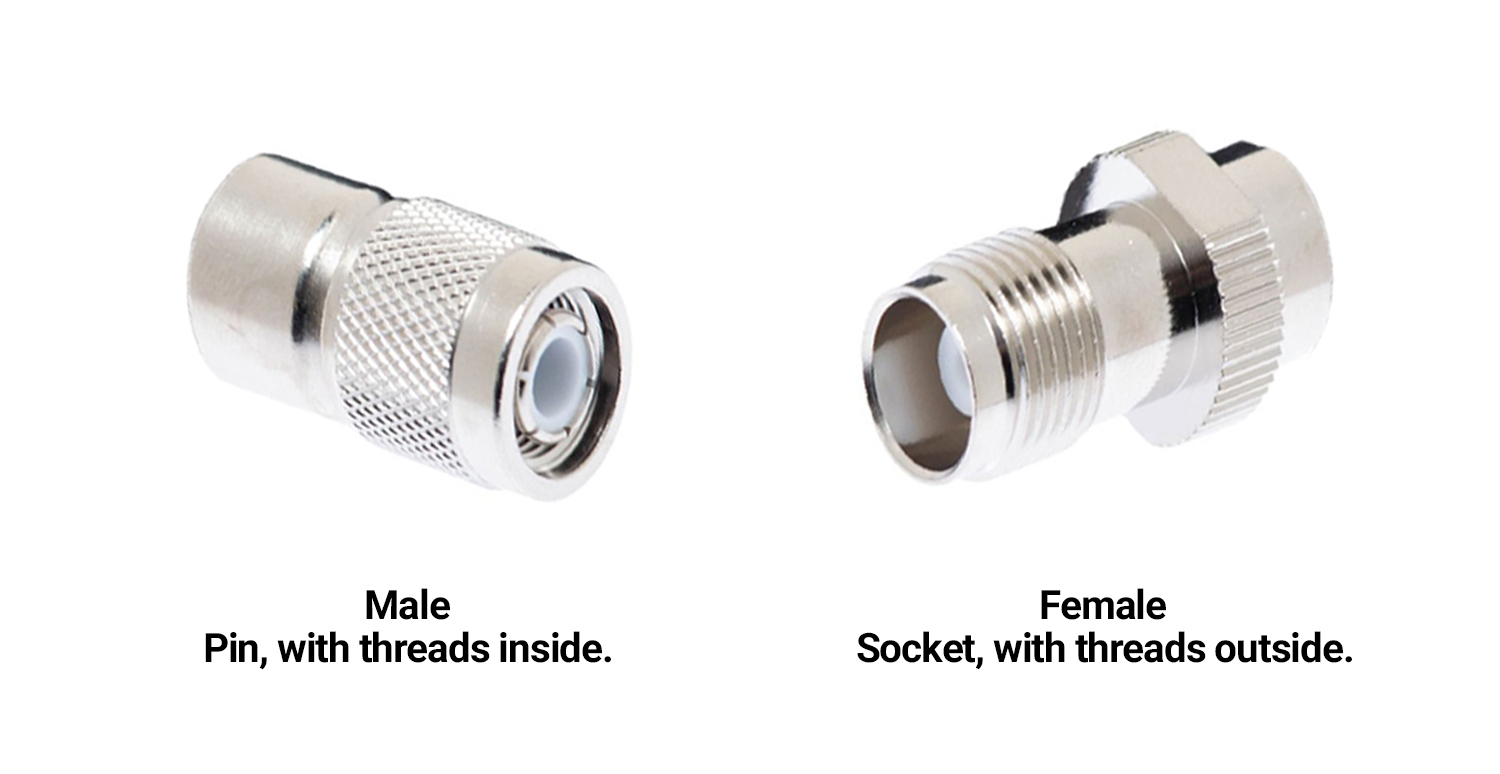 SMA (SubMiniature version A) connectors are semi-precision coaxial RF connectors that operate up to 18 GHz, although some proprietary versions support up to 26.5 GHz. It is commonly used in RF power amplifiers, RF isolators, microwave systems, mobile telephone antennas, Wi-Fi antenna systems, and radio astronomy at 5 GHz+. It is not sufficiently weather-proof for outdoor deployments, so it is primarily used for indoor solutions. 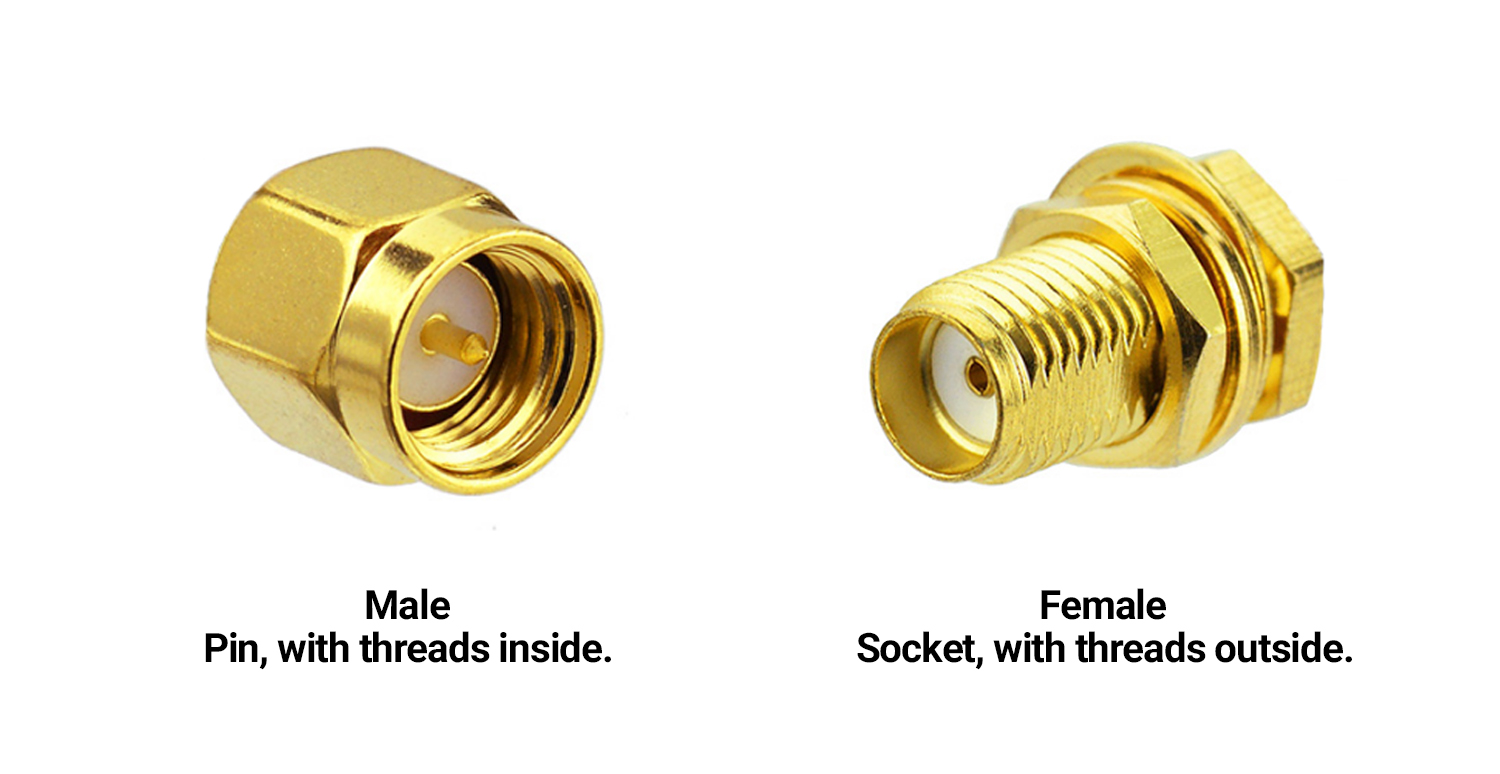 In the reverse-polarity version of SMA(RP-SMA), the gender of the interface is reversed. "Reverse polarity" here refers only to the gender of the connector's contact pin, not the signal polarity. Similar to SMA, it is not weatherproof and is suitable only for indoor deployment. 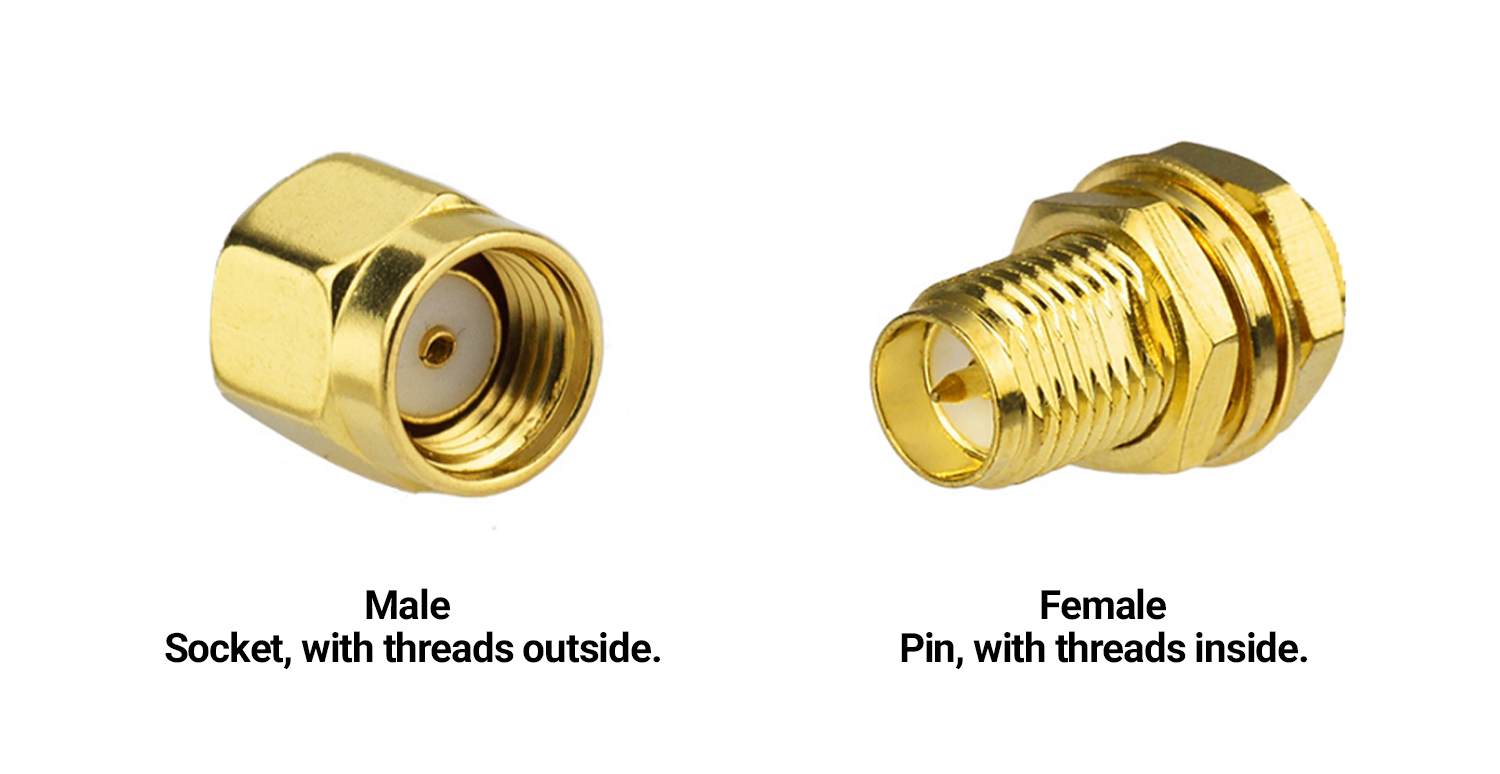