Be first to review
Model
tfl12-MP70-PRO-NA-WIFI
Mobile LTE CAT12 mobile router with FirstNet and Wi-Fi. Now with one year of Airlink service included!
Volume Pricing: Get a Quote
Skip to the end of the images gallery 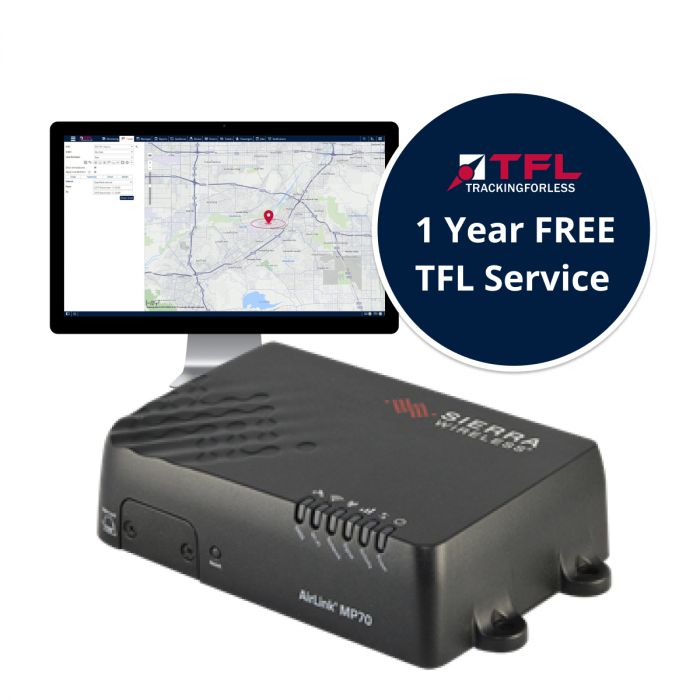 Offering high-power, long-range gigabit Wi-Fi and gigabit Ethernet, and up to 300 Mbps downlink speeds over LTE-Advanced, the AirLink MP70 unites the fleet with the enterprise network and enables multiple field applications to work simultaneously, faster, and farther from the vehicle than ever before.

The MP70 supports advanced remote visibility and instant insight into the vehicle area network (VAN), field applications and assets, and the mobile workforce. Purpose-built for the vehicle, the MP70 delivers superior reliability and uninterrupted operation in harsh mobile environments.

With dual-band gigabit Wi-Fi and gigabit Ethernet, the AirLink MP70 enables a complete portfolio of broadband mission-critical applications to work simultaneously, faster, and farther from the vehicle than ever before.

Built for first responders and field personnel, the MP70 offers up to 300 Mbps downlink speeds over LTE-Advanced, and up to 1.3 Gbps over 802.11ac Wi-Fi (with 3×3 MIMO) and gigabit 4-port Ethernet. The AirLink MP70 can host up to 128 simultaneous Wi-Fi clients, and concurrently connect multiple mission-critical applications in and around the vehicle including laptops, DVRs, and tablets, in addition to providing live video streaming, and rapid and secure access to remote databases, such as record management systems.

Utilizing next-generation GNSS location technology that supports 48 satellites from four different satellite constellations (GPS, GLONASS, Galileo, Beidou), the MP70 provides fast, reliable, and precise vehicle locations, even in the most challenging environments. The MP70 contains an Inertial Navigation System that allows it to track without satellites, using dead reckoning algorithms integrated with the GNSS. The Inertial Navigation System continues to provide positioning information when the GNSS is unable to acquire satellites. This enables tracking through urban canyons, tunnels, and underground parking.

Location information can be streamed from the GNSS locally over the serial port to connected in-vehicle driver navigation and dispatch systems, and remotely over NMEA, TAIP, RAP, and XORA protocols for integration with 3rd party applications.

Specifications
Write Your Own Review
Only registered users can write reviews. Please Sign in or create an account
Related Products
Search engine powered by ElasticSuite