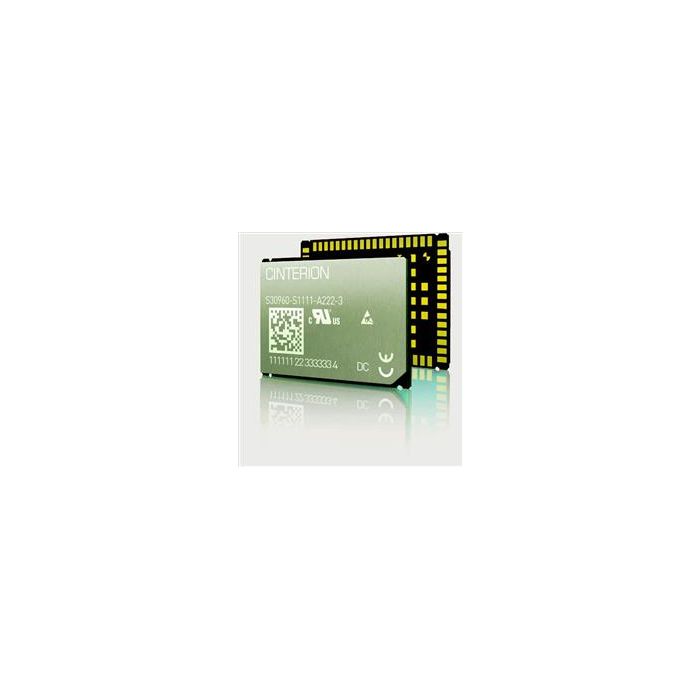 The EMS31 is the first IoT solution based on a dedicated LTE Cat. M1 chipset offering low-power, wide-area (LPWA) technology for extended coverage, including improved in-building and in-ground penetration. It is capable of supporting more than 10 frequency bands from a single hardware device, which eliminates the need for multiple variants, providing simplified global deployment and a fast time to market.

The Cinterion EMS31 is ideal for low-power, low-bandwidth use cases not dependent on speed, but rather requiring network longevity and improved indoor coverage such as smart grid, agriculture, fleet, asset tracking, smart city applications, healthcare solutions, and industrial sensors.

Specifications
Write Your Own Review
Only registered users can write reviews. Please Sign in or create an account
Related Products